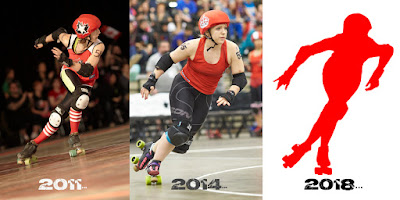 I posted my first blog post on the 9th November 2011. The aim was to document my time at the first Roller Derby World Cup. I had no idea then that I’d still be writing this crap seven years later. I’d only planned for it to cover the first event, knock it on the head when I’d returned from Toronto. I am still amazed at how many people read the rubbish I write. Sometimes it’s even been about Roller Derby.

To be honest I’ve written far more than I’ve published. Sometimes the window of opportunity had passed, sometimes the tone was just wrong and sometimes I just couldn’t be bothered to engage. Posts archived off for one reason or another. I’d also never envisaged that I’d still be photographing the sport all these years later. My first experience, five skaters in fishnets randomly wheeling around a hall. A set of crap, blurry images. The hall I believe has also now been demolished. To now, the third World Cup where 38 countries will be represented from all over the World.

External hard-drives litter the house. Backed-up images, the unseen, those that didn’t make the final edit. Out of focus, bad composition, pictures of the floor, the ceiling, my thumb. Like the un-posted blogs, hidden away, waiting to be reviewed, discovered. Maybe they will reflect an aspect of Derby I never considered at the time, perhaps they may shine a light on a new narrative, or maybe they are just crap and I keep them because buying another hard-drive is cheaper and easier than ploughing through them all and deleting them.

Throughout my time shooting the sport I’ve set my own goals, targets to meet to keep me focussed, make me improve my photography, to get better and better images. Not for any real reason, just for personal satisfaction, to keep me going.

So, it’s time for the third World Cup, well nearly, so another wittering irrelevant post, much like the first.