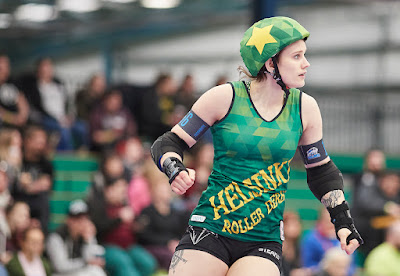 Roller Derby photography can be expensive, well it is expensive. Photography full stop is expensive. The other day I bought 48 2b pencils and 2 large putty rubbers. £20.72 all in. Coupled with 50 meters of 150gsm cartridge paper for a further £40, it’ll keep me drawing for a fair few months. A new battery for the camera will set me back £120 at least and even three rolls of Ilford Delta 100 came in at over £20 and that’s before processing and printing. 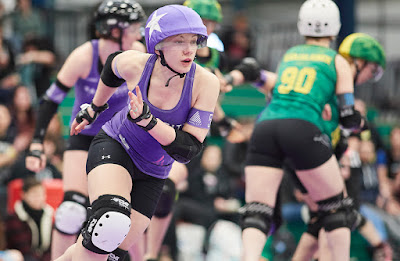 Last weekend at Euro Cup ’18 I just couldn’t get in to the zone. On the Friday night the action on track was mainly confined to the start line, first and second corner, as the teams were so evenly matched.

Before an event I like to scope out the venue. Decide where I am going to sit, partly to capture the action but also to make sure the aesthetics in the background work. I’d decided on two possible locations I was happy with but the action just wouldn’t come in to view. I left on the Friday night not entirely happy with the results. I thought it was going to be a long weekend. 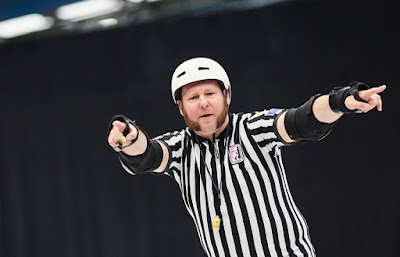 I usually travel to events with a  range of lenses, I prefer primes so an assortment to cover a range of focal lengths, 15mm, 24mm, 35mm, 135mm and 200mm. This allows me to cover most eventualities. My go to lens is the 135mm, it’s served me well for the past 7/8 years but this weekend it just wasn’t working for me. I decided to switch to the longer 200mm as the action was further away than normal. Like most Derby photographers I used to use a 70-200mm zoom before moving to primes. I always carry the 200mm to games but rarely use it, but this weekend it was a life-saver and I was amazed at its optical qualities. I never used it to its full potential before, other lenses taking precedent.

While I will probably return to the trusted 135mm, the 200mm will stay in the kit bag. 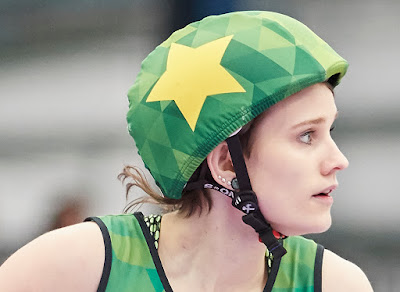 For those starting out in Derby photography, the Canon 200mm f 2.8 II, I’d argue, is a good starting point and a steal on the 2nd hand market. It may not be as sexy as the big 70-200s, but it gets the job done, and done bloody well, at the fraction of the price. 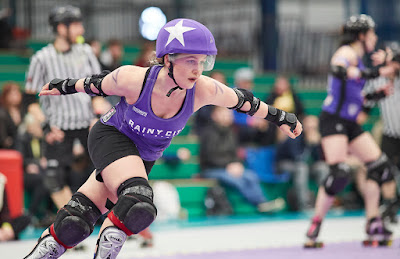 It even kept up with fast-paced action.