Let's do this thing again. 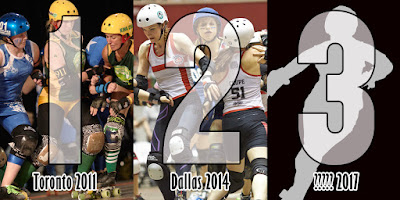 The World Cup journey starts again. Both England Roller Derby and Team USA have commenced their first round of try-outs and momentum is gathering for the next World Cup.

In 2014 I had the privilege to shoot for England Roller Derby. Following the team out to Dallas and recording them take the silver medal, one place higher than the 2011 campaign in Toronto. In Dallas, England defeated the Canadian team in the semi-finals to reach the last two, a turn-around from 2011 when Canada relegated England to the 3rd/4th playoff against Australia. The final game against the mighty USA was a tall order. A victory was unlikely, however England scored more points against the USA than any other team had managed in the past, and breaking the 100 point barrier, throwing down a maker, the rest of the world is coming.

As 2016 wanes and 2017 beckons, so does the next World Cup. Once again I have been asked to support England Roller Derby in a photographic role, a request I was delighted to accept.
Working with like-minded people, striving to be the best is both exhilarating and humbling. The highs and lows, the dedication and hard work required to put together a squad to take on the best skaters in the world. It's a long journey, but one that is worthwhile.

As for the actual World Cup, the adrenalin rush carries one through the competition. Four days of unrelenting hard work, little sleep and a massive party at the end, that makes all the effort worthwhile.

There's only a year and four months (approximately) 'till the final of the 2017 World Cup.

Let's do this thing again.