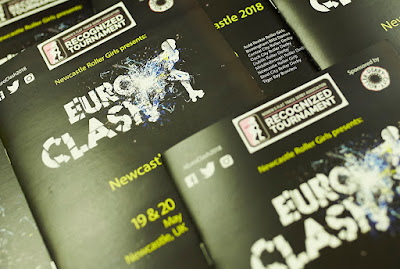 It’s Friday, five days after the end of EuroClash and I’m still not half way through the edit. Usually I like to pretty much on the ball with these things so that work doesn’t stack up, but this week motivation has been low, well non-existent. The sort of week where you just want to disappear and live on an desert island by yourself, away from everyone, just listening to the surf roll in and roll out and that annoying parrot that just won’t shut up about crackers.

The start of my EuroClash weekend didn’t go to plan. An incident on the line meant the train terminated at York and I was forced on to the rail replacement bus service the rest of the way. Getting a cheap, or at least a reasonable hotel was also out of the question. It was the wrong time of the year and there was also a Rugby League competition on all weekend at St James’s Park so hotel rooms were at a premium. I wouldn’t have minded so much but all the lads on stag do’s etc… drinking heavily in the bar, constantly swearing doesn’t make for a pleasant environment to sit back with a beer and back files up after a long day.

The return journey was equally hellish. No air-conditioning on the train so the carriage was stifling hot. I had decided to make use of the time by backing up the files from Sunday but after 20 minutes of the searing temperature my laptop overheated and shutdown. A Windows message, illustrated with a large grumpy face was the last thing I saw.

Editing later in the week was more laborious than unusual and even with putting the hours in I seemed to be getting nowhere. As I sit and type I know that I’m still less than half way through.

Excuses, excuses, I know, but I’ve just started a good book and it’s far more interesting than editing. I promise I will get them out by the end of the weekend, or maybe the next, this side of 2018 at least. 2019 the worst case scenario. Before Brexit.