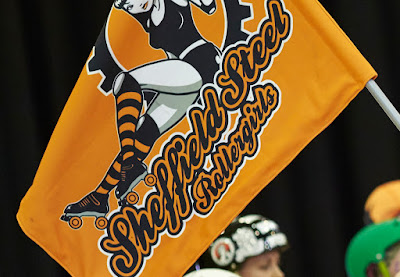 With the World Cup done and dusted, it’s back to where I began. Okay, not exactly back to the beginning, my first bout was in Leeds, but back to my first bout in my adopted home city, Sheffield.

One of the reasons I like covering the World Cup is the atmosphere. While the competition is fierce and the teams look resplendent in their national kit the audience brings a bit of old school Derby back to proceedings. And it’s not just the fans; the announcers added their flair with co-ordinated dress on each of the days. It’s one of the things I miss about the early Derby scene which is rekindled in me at the World Cup, as fans don national dress, bizarre outfits and try and out do the opposition, as much off-track, as on. 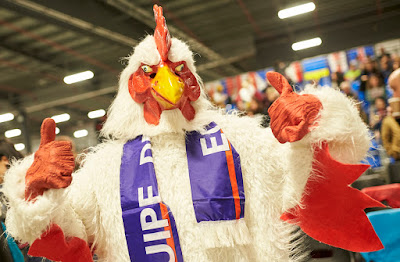 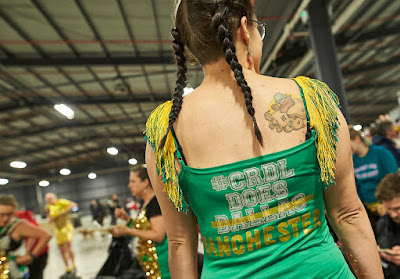 The Australian fans had adapted their dress from Dallas, in the best makeshift way, to support their team, while the French fans came en masse and created one hell of a din. Fans from all the nations played their part, and as a consequence of getting old I succumbed to using earplugs on the final day as the tension escalated during a close fought final where Australia pushed the USA all the way, narrowly losing.

Half-time entertainment with the Fearleaders brought an extra dimension and focused the audience in to becoming one, watching a hypnotic routine which was simultaneously, wrong, yet so right. 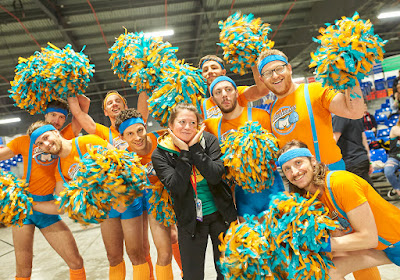 My first home bout at Ponds Forge international venue was titled Smashdance, an 80’s themed extravaganza, Sheffield Steel Rollergirls versus Newcastle Roller Girls. A venue I will return to this Saturday when Sheffield take on Auld Reekie (B) and Wirral Roller Derby take on Norfolk Roller Derby, and while I feel that a lot of the razzmatazz of the World Cup will be missing it is important to remember that these bouts are the proving ground for the skaters of the future, some who will skate in the next World Cup, when we can all dress up again (apart from me, I am really very boring). 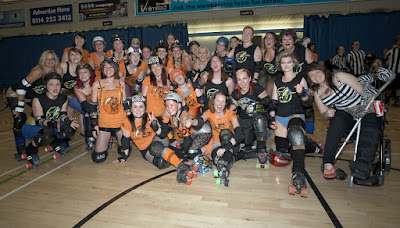