The Tour de France - I just don’t get it

Leeds was packed. More people crammed in to one place than I’ve seen for a long time, it seemed an even greater concentration than that for the Royal Wedding. I wasn’t sure what to expect. How could anyone see anything? 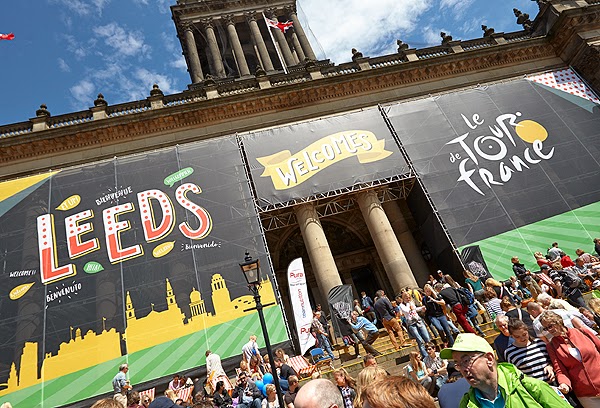 The Tour come to Leeds.

I had planned my route, where to shoot from and thought I had plenty of time. I awoke on the Saturday and put the news on only to discover that the caravan set off far earlier than I expected and the peloton soon after.

On arriving in Leeds I realised I was late. The city was rammed. The spot I staked out on Google maps was packed and didn’t offer the height I needed. I kept walking. Each time I found a suitable place more and more people emerged to obscure my view. I kept moving on. I eventually found a spot on a grass verge in the centre of a dual carriage way and sat down to wait for the action.

I wasn’t sure what to expect from the caravan. Naively I thought it would made up all the support services required on the Tour. Something interesting. There were some support services, a few ambulances, but the majority were made up of floats, the corporate sponsors hawking their wares. Wares that seemed incompatible with the Tours ethics, wine, sweets, processed meats. Anything that could be sold. My heart sank. Is this a race or just a vast advertising machine? My cynical side started to take a hold. 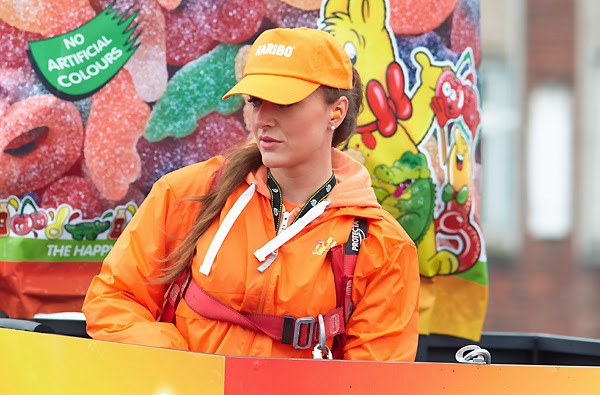 An hour and a half later the peloton arrived on its way to the official start line, flanked by police out-riders, support vehicles, hangers-on.

Looking back at my photos I realised I only had  about 20 shots of the cyclists. About 4-5 seconds and they were gone. I really couldn’t muster any real excitement, the hype outweighed reality. News reports highlighted that hundreds of thousands turned out to get a fleeting glimpse of the Tour and they were not wrong with the term fleeting. 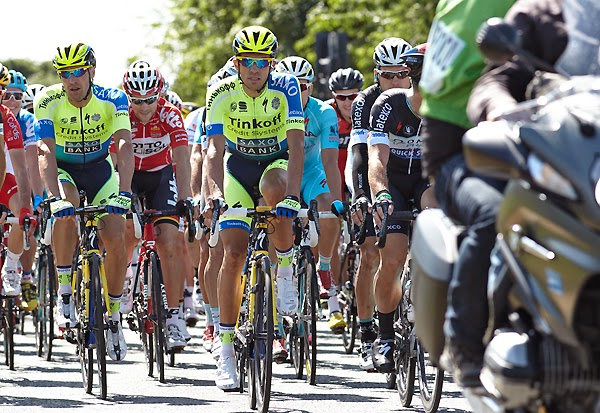 From a pure athletic perspective it’s a gruelling sport, but from a spectators point of view it was pretty pointless. Four hours for a few seconds. A bad return on investment. Maybe something only cyclists can truly get excited about. From an excitement point of view you’re way better off with Roller Derby.