I was listening to the radio, attempting to fill out a job application when the news came on. I had picked up that UKIP were unveiling their poster campaign for the European Election today but hadn’t realised the focal point was on Sheffield.

It was raining outside. I was in two minds. The lazy side thought, you’ve been out once today, stay in. The other side won out. Get your arse in to town and see what’s happening! It’ll be a bit of a sprint to get to Barker’s Pool for 1pm but I could make it. I threw on a coat and grabbed my camera bag and went out in to the rain. I wasn’t sure how big this was going to be, was Nigel Farage going to be there? On getting to Barker’s Pool I caught site of Nick Robinson from the BBC so I guessed he would be. 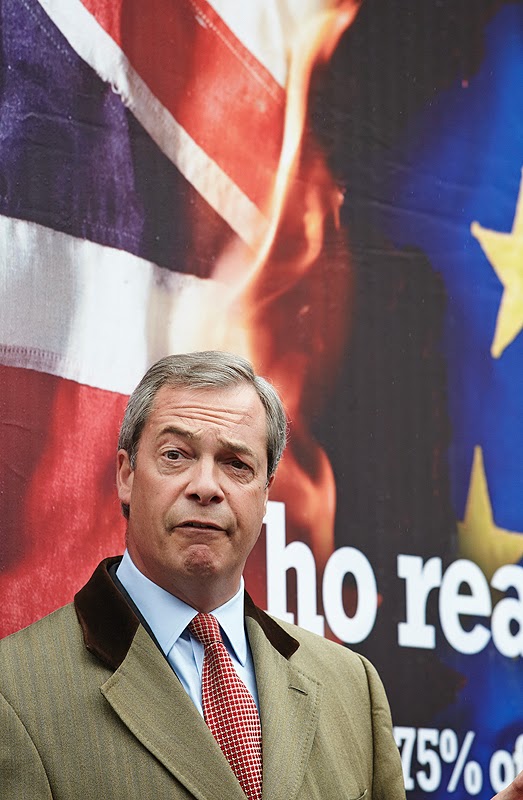 Apart from the rain it was a bit of a damp squib. The few Sheffielder’s hanging around were confused as to the goings on. The few I spoke to had no idea what was happening. A real non event, however it was.

The sad thing was that without us, the press, the media, all would have passed without notice, apart from the BNP and the two guys trying to promote the ’Pure Gym’. Farage would have got no coverage on the national news, his views ignored. But the media feeds on the drama, and Farage can conjour that up in droves. We gave him the coverage and spread it out to the masses, we are equally to blame. 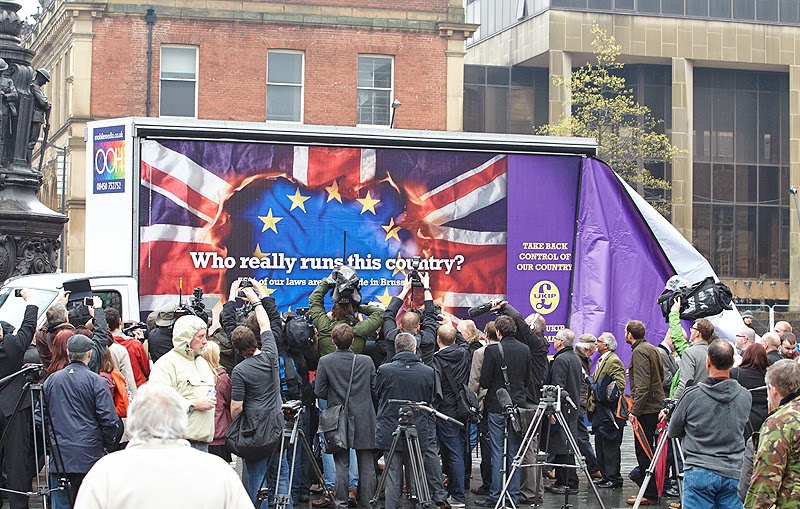 So when it comes to election time, any election, get some exercise and cast your vote. Men and women have suffered and died to give you it, so use it. Make your mark and be heard. Apathy allows fringe parties to win seats. While we may see Farage and  UKIP as a bit of a joke, listening to Farage I can see why people would vote for him.

I am probably one of the laziest people around. Exercise, bah, I’m not doing that, but on voting day I am one of the first down the polling station. If I can get my arse in gear, anyone can. Rant over. I promise the next post will be about Roller Derby or photography.