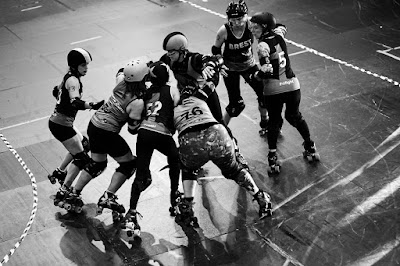 Humberstruck, 2019. It was good to catch up with old friends and shoot some new teams.

Winter, the depth of doom and gloom. Global warming means a drab, wet, grey, non-descript season. At least with a bit of snow one can imagine the frost fayres, the communal spirit, skating on the Thames, bygone times when winter seemed like winter.

I planned to take more of a back-seat with Roller Derby last year, extricate myself from some of the politics, some of the views and attitudes I don’t agree with, views usually only expressed on social media, another medium I have been moving away from. Along with the on-going restructure at work, which may finally be nearing its end, there has been a lot going on and it’s been difficult to strike the right balance and find an acceptable level of stress to work with. It’s one reason I’ve been ignoring this blog, I have less to write about as I’m not getting sucked into issues which really don’t matter but rile you up and I've been too stressed to write, wine has always been a better option.

I still covered 17 events, 6 more than 2018, but which did include the monster of a World Cup. For me, it comes down working with people which I enjoy, a reason to attend events but balancing the social media side which I don’t any longer.

I have started other projects such as ‘Photographing Boring Places’ and continued with other artistic pursuits which have taken up time. 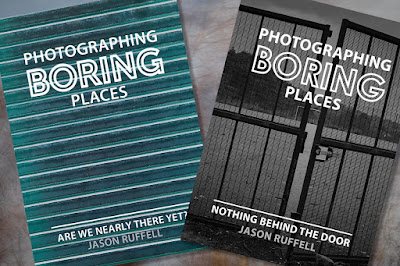 Photographing Boring Places, editions 1 and 2 are out now. I have plans for the next two, Surveillance & Doors and The Supernatural. 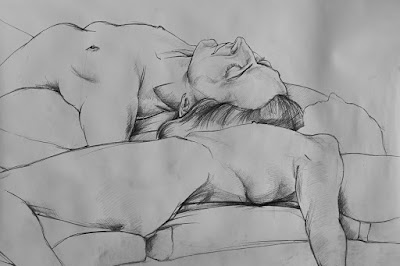 Life drawing, 1.5m x 1m. I really need to get some finished and work them up in to other formats.

But 2020 is upon us and it’s time to get use of the gear once more, work out where I want to travel to, who I want to see and which events to attend and how to get the images further afield to promote the sport to a wider audience and hopefully gain more interest in it.

2020, a visionary year for Roller Derby?