From Roller Derby to hanging baskets 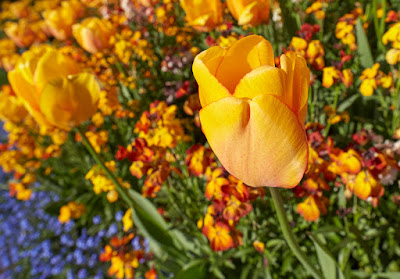 Name that song in one. It sounded familiar, but not really my taste I prefer something a bit heavier, well a lot.  I think someone told me they were called Fall Out Boy, the backdrop just said FOB so all I could think about was Friends of Batman. Why did Lawnmower Deth never make it big? I was stood in a field with a 50,000 other people, perhaps, I didn’t count them all. I felt old. But most people seemed to be enjoying themselves. I was up at Braham Park to do some behind the scenes interviews but as I finished late, getting back home wasn’t an option so I was forced to spend the night at Leeds Festival. At least I was camping in the crew area and was getting fed.

My photographic subjects of late have been getting more sedate. Probably as age catches up with me, skaters move far too quick. From Roller Derby to hanging baskets. This weekend I’ll be covering the Saltaire Festival, Open Gardens. You may think events like this will have less drama, be less controversial, than maybe a close bout between two highly competitive teams, but you’d be wrong, but at least the plants move slower, apart from the Triffids.

In the past, I’ve seen Battenberg competitions end in fisticuffs, well, maybe not that far, but people weren’t happy over non-regulation cake. If you want drama, gardens and cake in middle England is where it is at. Bring it on.

Perhaps Roller Derby is safer after all. I will know Saturday night, if I make it out alive.