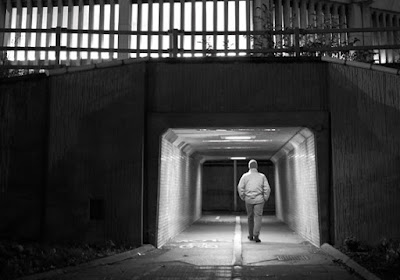 If we are all honest, we all infringe on people’s copyright from time to time. Infringement that breaks the letter of the law but doesn’t impact on the livelihood of the owners, although some would argue all infringement does. However, can anyone hold their hand up and say they haven’t?  There is also the grey area of fair use. Most of us although aren’t breaking copyright for financial gain, knowing full well the consequences, just wanting to share our passions with friends.

When you wake to find an email informing you that some of your work has been stolen your heart sinks. Here we go again.  Hours taken out of your life composing emails to try and sort the problem. This is how I felt this morning when I was informed that a photographer/photography company had appropriated one of my images off my website as their own. They had even implied that they were supported/powered by Nikon. Hang on, I shoot with Canon, sometimes Fuji cameras and on film, Pentax. I’ve never got on with Nikon cameras, I just don’t know why, they have never felt right to me.

If you are going to steal an image at least try to get one where there could be some ambiguity. Perhaps someone was just to your left when shooting and it’s their image. It does happen.

How Two Photographers Unknowingly Shot the Same Millisecond in Time

Not one that has been worked on. At least adapt it to try and claim it’s a derivative work.

Usually my first course of action is to contact the company to try and resolve things quietly, perhaps it was an accident or misunderstanding, it does happen. On this occasion it was blatant and I wasn’t in the mood. Having read Jon Ronson’s, ‘So You’ve Been Publically Shamed’, I decided to go for publically shaming, if nothing else it’s more fun for me. Trying to write emails that sound official, friendly, but also threatening is difficult and pretty futile. The infringer knows that at most it’ll probably only result in a slap and a ‘cease and desist’, especially if both parties are not even on the same continent.

The sad thing is that someone would stoop so low as to claim that someone else’s work is their own. It’s depressing that someone is so desperate. It takes a certain type of individual to contemplate it and in some ways I feel sorry for them.

Although I’ve not had an apology from the company/individual involved, the public shaming seems to have done its job, well at least on social media. Whether they are using my image or images elsewhere is unknown, if they are and we meet in person at least it’ll provide me with a lot of fun.