In praise of the bastard. 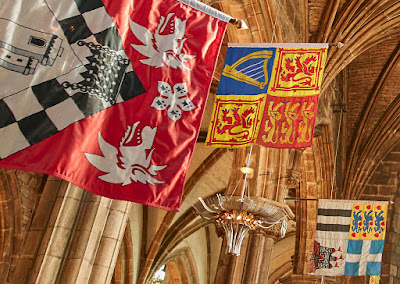 I’m not talking about William, or any other historical leader whose moniker was suffixed with it, or the bald, fearless or fat.

If Harold hadn’t had been so eager to engage William in battle and instead collected all his forces and then marched south after the battle of Stamford Bridge things may have been different. We may now vaguely remember William as the bastard instead of the conqueror. On the plus side, it helped improve the cuisine found in these isles.

The bastard(s) I’m talking about are critics. You know, those people who can make or break people but are usually remembered for breaking people.

But criticism can be good. It allows one to see faults in your work and improve.

Facebook does has the facility to offer comments but more than often their emoticons, ‘like’, ‘love’, ‘surprise’, ‘and I need a poo’, are used to offer engagement and I am as guilty as most, especially on using the last. Comments are usually limited to those who are featured in the images rather than any critique and from limited experimentation, if you include a puppy or kitten, an image will receive much more attention.

So, while posting Derby photos on Facebook is the easiest method to reach people and allow them to engage with them it does little for me.

So this post is a request. Instead of just looking at the photos, maybe liking a few, adding a comment when you see a friend featured, if you could add a short critique on the odd one or two that’d be great,  aspects you like or dislike. I can take it. Knowing what works and what doesn’t will help me improve and stop making the same mistakes. I do what I think works, but that’s my opinion.

What floats your boat?

These two shots were taken seconds, if not less apart. Why is one better than the other? For me in this example it’s obvious. The subject of the image is Steph (jamming) who cannot be seen at the back of the pack in image one. Also, while at this resolution both look sharp they are not. In image one, Steph is in focus (who you can just see between skaters), Kid Block and Berglof are not as the depth of field on a 135mm at f2 is razor thin.

In the second the composition has changed, and the change in position has meant Steph, Kid Block and Berglof are all in focus and the dynamic of the image is much more interesting. The Skaters body positions and expression provide a narrative of the action, the first does not. It’s not perfect, I’ve cropped the image too tight to Berglof’s wheels,  I need to go back and export it to give a little more foreground.

These are some of the considerations I go through before posting an image, selecting the best, usually only 1/20th of that shot. It’s my opinion, it doesn’t mean it’s right, so it’d be good to hear your thoughts when I post rather than just a ‘like'.