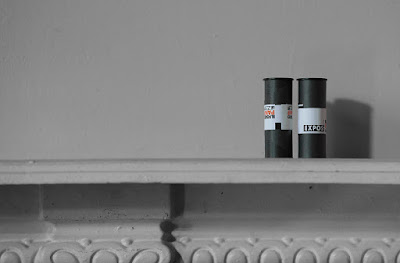 Rolls of film ready to be processed.

Social media is a great way to share, easy, cheap access to a large audience. Work can be disseminated at a click of a button, but there are consequences.

Whether it’s sharing miss-information, political bias or the in-topic ‘fake news’ these platforms have their drawbacks, likewise with photographs. It’s easy to make a sub-standard images look great. Reduce the size, apply sharpening and up the contrast to make them ‘pop’ and you’re done. Conversely it can make a good image look dire. After a shoot I generally print some files out to check the quality, make sure the colour is looking correct and I’m happy with the quality. Shooting Derby, fast action coupled with the necessity to crank up the ISO, there will always be some compromises. After uploading the images to Facebook I do wonder why I bother, their algorithms compressing the images, putting them through the grinder to output the splodge that’s then presented. I know I could use other services such as Flickr but it’s just not as convenient.

So I have devised another plan. Instead of Facebook I plan to use ‘Wall 1.0’ a new application that integrates well with Google Maps and the GPS (I prefer OS, but I do agree that folding them back up can be a pain) on most smart devices.  An application where you can see images how I intend them to be seen. Plus it really brings the ‘social’ back in to ‘social media’.  There’s the media, and there’s the tea and coffee. 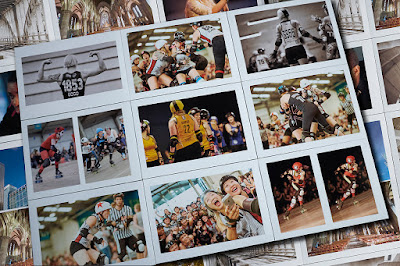 Printed files look so much better than those on screen, well in my opinion.

I’m not a Luddite (I don’t actively seek to destroy technology, but sometimes it just pushes one too far) but cramming everything in to the digital realm just doesn’t cut it for me. Perhaps, World Wide Pinhole Day, forcing me to slow down and appreciate the process has made me realise the over reliance we have on digital technology.

(Pinholes cameras are crap for shooting Derby. I’ve tried. Unless of course one covered the track in treacle and then perhaps you may get a shot, but it would be a far less compelling game.)