Shift Happens is my latest collection of photographs.  For this selection I decided that I needed more than just images. Sinead from Leeds Roller Dolls agreed to write some text to complement the images and I decided that each image needed to have some narrative to validate its inclusion.

At first I dumped in, what I felt were my best shots, but reviewing them I found I had little to say about most. One apex jump is much like another, a big hit, likewise. I started to discard images. Those that I couldn’t write about were dropped. It was at that point I started to notice gaps in the narrative. I need to add in something about the charity work that goes on, NSOs, Refs, men’s Derby, co-ed games, tournaments and much more. 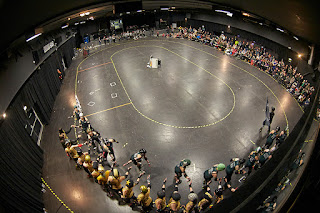 As I was completing the book I realised I had nothing about injuries. Almost every skater I have known has had an injury at some point in their skating career, some major incidents, others minor, or wear and tear that put them off skates for a while. Some were game changers, prematurely stopping their skating careers, others temporary setbacks. But while I had selected over 100 images for inclusion, not one depicted any sort of injury.

While the pros and cons of photographing ‘downed’ skaters has been endlessly debated, when I was searching for an image to include in the book I realised that it wasn’t the injury I was after, but the emotion, both of those affected and those supporting. Wanting to photograph injuries makes photographers sound like some hawkish voyeur, out of tune with the needs of those involved. 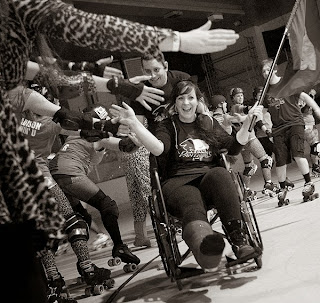 Photographing emotion, you are trying to capture the moment, some understanding of the situation, for good or ill. The positives, and maybe sometimes the negatives, that comes out of a situation, with empathy.  This, I feel, is the reason for photographers wishing to capture these situations, not for some bloodlust. For on many occasions those hurt are often good friends.

I know this post will not change the current thinking about photographing injuries, but whilst the camera is an unblinking, unthinking, emotionless eye, the person behind it usually isn’t. 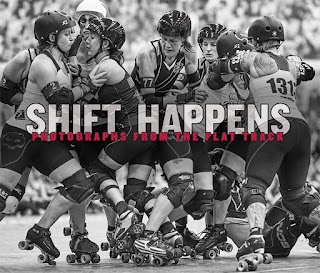