Three years ago I was preparing to cover the first Roller Derby World Cup.  To accompany my photos I decided to keep a blog of my exploits in Toronto. How naive!

Before departing for Canada I decided I needed to get fit. Four days of constant shooting is both physically as well as mentally demanding. However I’m not too keen on exercise. Don’t get me wrong, I don’t mind other people exercising, knock yourself out, but for myself, it’s not a priority. In fact I’m not sure I really know what it is. I didn’t get fit.

Long days and longer nights shooting and backing everything up meant I was in no fit state to write anything. Posts ended up being two or three words at most. 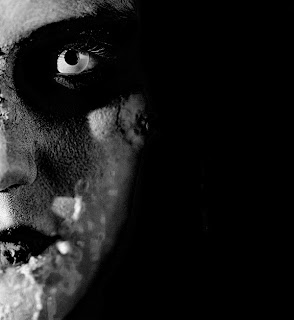 As I get older I seem to be getting fitter. A bizarre state of affairs which I’m not convinced is a good thing. My body fooling me into feeling good, only for one day to completely give up? A full camera bag I used to dread carrying, I can now lug about for hours with ease. Where did this second lease of life come from?

Did one make a Faustian pact? An exchange of health for something else, maybe declining mental abilities? The inability to remember signing such a pact makes it a possibility. Or perhaps fitness is just an illusion, pain receptors numbed. Leprosy? Either way, it doesn’t bode well for the future.

As I prepare to fly out for my second World Cup I’ve decided that I’m not even going to attempt to update the blog or get fit. I know it wont happen. And besides, this time, I’ve got better things to do. Lounging around in a bar with good friends, drinking their health and my memory loss.

And, if I did sign a pact with the devil, the last laugh is on them. I sold my soul years ago. I got a fiver for it! I think.