August is a slow month for me. A month when many head off for a well earned break. The contract I’m on means no holiday time for me and makes for one unhappy bunny. However with time in hand it allows me to help out a few good causes.

Next weekend (9th August 2014) sees Wombwell’s athletic track host a Rollerthon for Teenage Cancer Trust. I’ll not be skating, just talking photos. Anyone that has seen me skate will testify that myself on wheels is not a good idea. Myself on wheels with a camera is a real recipe for disaster.

The Teenage Cancer Trust is a good cause, well worth supporting and I don’t believe it’s too late to get involved and if you can’t make it, it’s definitely not too late to make a donation. https://www.teenagecancertrust.org/

The Roller Derby community has consistently championed good causes and it’s one of the things that makes the scene special. Cumulatively, across the UK, the amount raised for various charities and good causes must be in the hundreds of thousands if not millions. It’s one thing to be proud of. 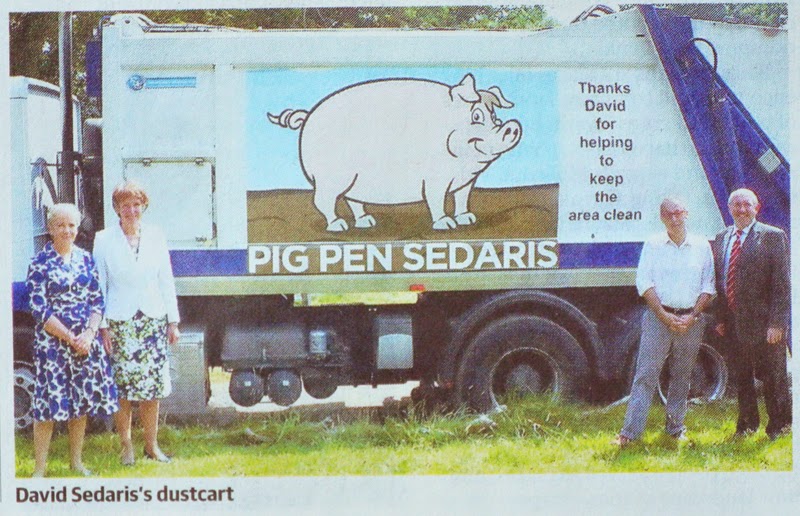 And if you don’t believe that good deeds are rewarded down here on Earth, the writer David Sedaris has just had a bin lorry named in his honour by Horsham Borough Council for litter picking, the Pig Pen Sedaris. I look forward to seeing it.