Write me a story 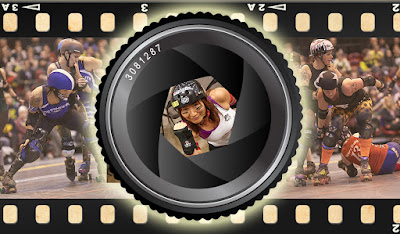 The longer you undertake something the more you question it.

I have been shooting Roller Derby since 2008.

I have seen skaters come and go, some through choice, other injuries. As time rolls on and the dynamics of the game changes, more bouts, less after-parties, there are less opportunities to make contacts and friends, less reasons to keep shooting. Coupled with the lack of outlets to get photos in the press, often as teams do not in advance think of the opportunities when it comes to the media. The longer it takes a story to reach an editor the less newsworthy it becomes.

This year I am seeking writers, in conjunction with those I already work with, to put stories together to try and get as much press coverage as possible. This will give the teams involved exposure and a justification for me for why I shoot it.

So, if there are any writers out there who wish to work with me please get in touch. I would also argue that this should go for all other photographers who regularly shoot Derby. There is plenty of good work out there and stories to be found if you are willing to do a little digging.