Sur5al for whom? The Rolling Dead.

While the skaters will be on track all day, fighting it out to see who will survive to become champions, spare a thought for all the NSOs, Referees, helpers, audience who may not survive.

I am a habitual complainer at the state of the food offerings at most venues that host Derby. Mainly because I usually forget to pack properly the night before and end up hoping the venue has improved on its culinary delights. I would say that when I am presented with the usual offerings I am disappointed, but as it’s what I expect, it has in reality met my expectations. 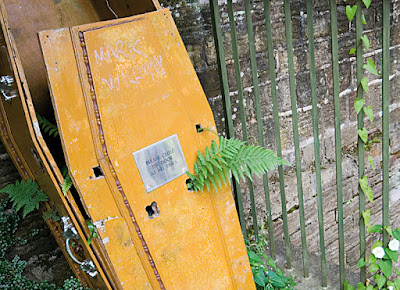 Not that it’s going to stop my complaining. I don’t ask for venues to serve Michelin starred food, it would help, but I fear my wallet would complain, but something, maybe tasty, and if it was healthy, that would be a bonus. Something hot would also not go amiss, especially if the venue is cold. I fear this weekend I will be doing an inverse Captain Oates. I’m just going for a short walk. I may be sometime. Not to take the honourable way out, but just to keep warm.

If you are stranded in a venue located out of town or in an industrial estate food options are limited. Staring down in to my camera bag at a half-eaten, cold, pork pie… is, well, depressing. The hotdog rolling around the machine in the café, which may well be older the premises itself, is equally unappetising.

This is when the will to live and death can set in. At least with the Rolling Dead, I will be in good company. And if I do turn in to the undead, a zombie of some kind, there will be plenty of decent brains to snack on.  Sod it. I was going to go to Waitrose to stock up on edibles, but I think becoming a zombie will be a better option. Mmmm brains. Do they allow zombies on trains?

If anyone is trying to read what it says on the coffin, it reads, ‘Please close the door at all times’.