Who needs Anarchy when one can go to Birmingham?

I thought I’d pop down to Birmingham early to have a look around. It’s a city I’ve not really spent much time in so it was a good opportunity to get a better feeling for the place. Sunshine always makes anywhere look better.

My initial impression was favourable, far better than I remembered, other visits having being made on drab and dreary days. I decided to take people’s advice and head to Five Guys for lunch. Purchasing a meal was far more traumatic than I had planned for. You mean I have to decide what I want to have on my burger! My mind went in to overdrive then meltdown. After ordering a rather plain burger, the server amended my order after I realised all the tasty free toppings one could have.

Finishing my meal, it was time to head to my hotel to drop some gear off and then head over to the venue. Walking down the street I spotted a guy wandering around with a selfie stick. Initially I thought he was some sort of vlogger (I believe such people exist) until he started shouting, ‘selfie sticks, get your selfie sticks here, selfie sticks…’ it seemed somewhat Dickensian. Although, as far as I’m concerned, wrong. I find something odd about selfies. Either that or I have an ugly mug I’d rather not look at. Turning the corner I was confronted with yet another travelling salesman, ‘fresh from the Black Country, hand-cooked pork scratchings, get your fresh hand-cooked pork scratching here…’ this was getting bizarre. I had stepped back in time.

Carrying on I approached the cathedral where I was stopped once more, a pamphlet thrust in my hand. ‘Satan versus CHRIST’. I assumed it was some sort of religious thing although it could have been an advertisement for boxing match or something similar.

As I read further it became even more bizarre, ‘World religious leader helps Antichrist deceive the world. Worship or die!’ Which leader? Perhaps I’m listening to the wrong person, or I should say, I should start listening to someone.

Roller Derby is the epitome of sanity compared to this shit. 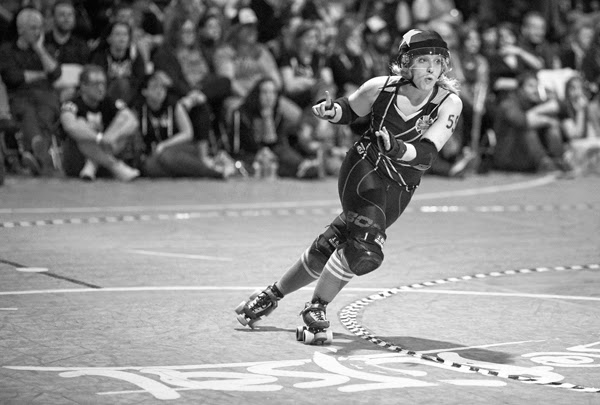 Photographing Roller Derby by the light of a 60 watt bulb.

After a full day shooting, half of which was in the dark I returned to my hotel to get a good night’s sleep before returning home. Birmingham was to give me one final surprise. And no sleep. A fracas in the room next door to mine resulted in what I assumed to be fisticuffs, followed by a visit from the police, who were there all night trying to sort the mess out. The shouting and raised voices keeping me awake all night. 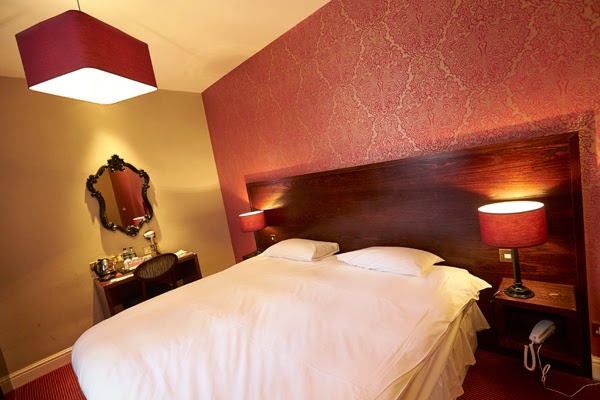 This room was too good to be true. Well, the room was good and the bed comfy, but it wasn’t to lead to any sleep thanks to the angsty people in the room next door.

The next day I descended the stairs, bleary eyed, past the police, to check out. The receptionist acknowledged my less than perfect look and apologised for the previous night’s incident. My face obviously told the story of little or no sleep.

Birmingham is a city I’ve spent little time in and from what I’ve seen I quite like it, apart from all the weird shit and fighting.