British Championships - Why I wont be covering it

The organisers of the British Championships have made it impossible for me to cover it in any confidence. The organisation is not acting in a transparent way and this for me this is very worrying, where one party holds all the control. I feel the sword of Damolces weighing heavy.

Revised copies were getting better although issues still remained.

I have walked away from the competition as I have no confidence in those running the it. No confidence that I wont be screwed over somewhere down the line. The tone and attitude of correspondence I’ve seen from a representative has made me very wary and clear that their underlying attitude is one that I cannot work with.

When people are treated in a professional way you can get a hell of a lot out of them, when treated with suspicion, nothing. This is not the ethos I expected out of Roller Derby and it saddens me.

Hopefully I will see teams track-side at non-British Championships events in the future. 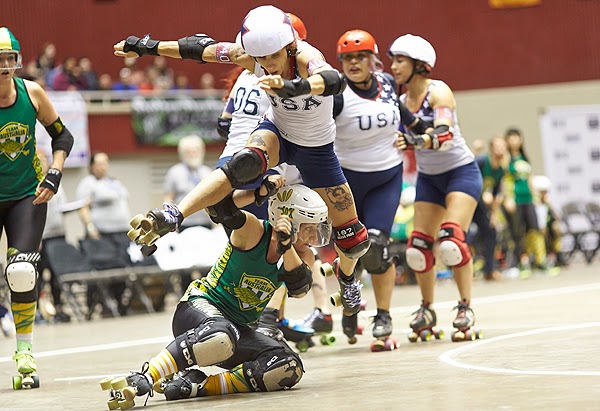 USA vs Australia at the Roller Derby World Cup, Dallas, Texas 2014. Photographers were treated well and with respect. 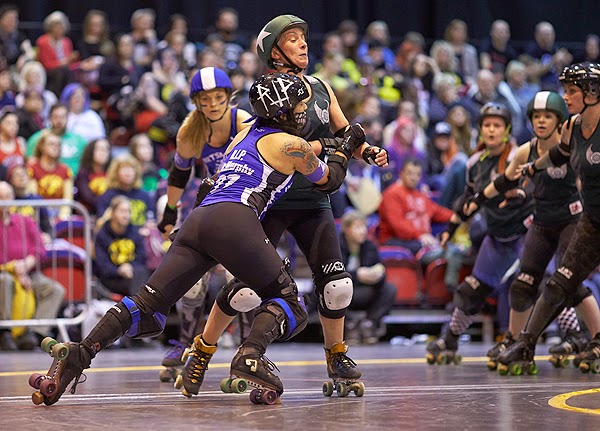